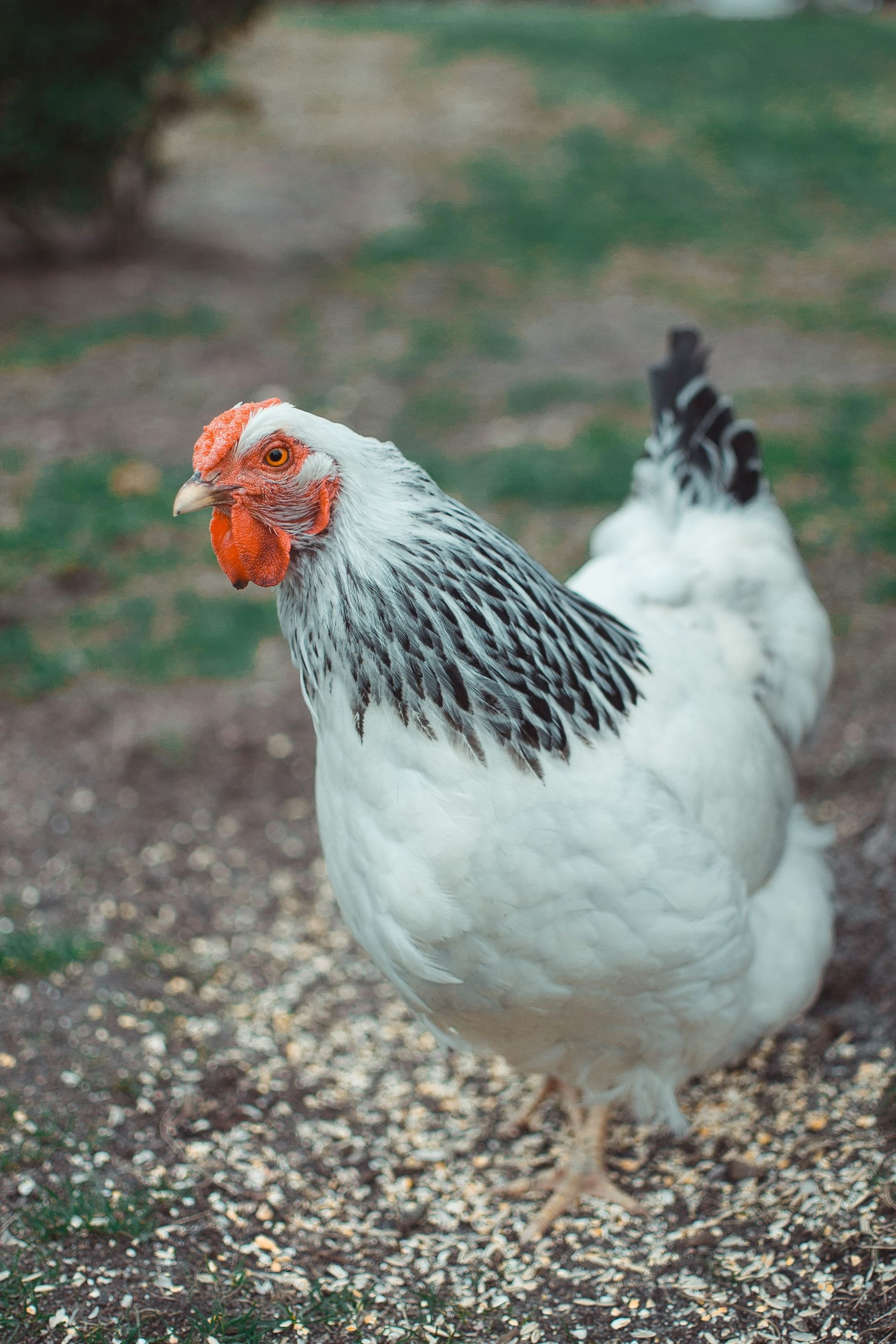 High ammonia levels decrease gradable egg production in layers and limit production in broiler operations. Various state and federal agencies are mandating ammonia levels be reduced. Frequently the ammonia levels in poultry houses exceed 100 ppm which are considered close to lethal for humans and animals. The introduction of zeolite in feed is the most effective means of odor control in poultry operations. Many farms in North America have eliminated most of their odour and realized greater animal health, welfare, and production by feeding zeolite 2% of the total ration (by Weight). A thin layer of zeolite should be applied to the bedding area or to the predominant manure field.
Benefits

In addition to the many benefits outlined in the Feed Supplement Overview at the top of this section, a zeolite amendment in poultry feed also has:

Increased solubility of phosphate in birds. The zeolite exchanges the calcium from

Dicalcium phosphate and makes the phosphate more soluble and better utilized for bones.

Using zeolite found that Leghorn chickens required less food and water and still gained as much weight in a 2-week trial as birds receiving a control diet. Feed efficiency values (FEV) were markedly higher at all levels of Zeolite substitution. Feedstuffs containing zeolite gave rise to efficiencies more than 20 percent greater than those of normal rations (Table 1). The droppings of groups receiving zeolite diets contained up to 25 percent less moisture than those of control groups. Consider of 16.5% crude Protein and 66% digestible nutrients. Aflatoxin Control in Poultry.A research study reveals zeolite to be effective and more than offsets the detrimental effects offeeding aflatoxin contaminated feed. Broilers fed 20 pounds of zeolite perton (1%) of finished feed containing 115 ppm of aflatoxin showed improved feed conversion by 5.8 points and the body weight by 5.3 points versus the 115 ppm afatoxin control feed. Broilers fed the Zeolite rations containing 115 ppm aftoxin had a lower feed conversion. Tests were carried out on 48-day-old Leghorns over a 14-day period, 30 birds/group. Normal rations on by 1.1 points and higher body weight by 3.7 points than the broilers fed rations containing no zeolite and no aflatoxin.